Endorphins are a pain reliever produced by your body. Endorphins allow you to tolerate more then you think you can. They are similar to a narcotic such as morphine. As labor progresses and intensifies endorphin levels rise allowing women to cope with labor.

Endorphins are a reliable pain reliever if allowed to work. However, when a woman is fearful and panics her body produces adrenalin decreasing her endorphin levels and increasing her pain.

Also, whenever medication is given to a laboring woman this will disrupt her bodies ability to make endorphins temporarily. As long as the medication is working then the inability to make hormones is inconsequential. However, if the medication stops providing relief, when the endorphin levels are low then a woman could be in a very ugly place. I refer to it as, the place of no where. Without medications and without endorphins — this is the place you wish for no woman to be in during labor. It is sometimes better to have no medication at all, then to have medication and have it wear off during labor. It usually stops working at the end of labor — the hardest part.

It is extremely difficult to cope with labor if you had medication for a while, and then it wears off, because labor has typically progressed to an even more difficult phase. Having taken a “break” women may not now possess the mental and physical ability to cope with this more intense phase of labor. Conversely, endorphins build and increase throughout labor so that even when a woman thinks that she is not coping she actually is coping.

All women should know about endorphins as an option to manage the intensity of labor. Women should also be aware and consider the risks of relinquishing this option in favor of medications.

One thought on “8. Endorphins” 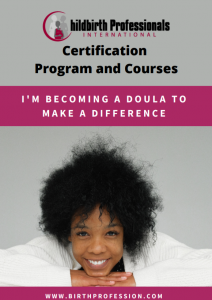