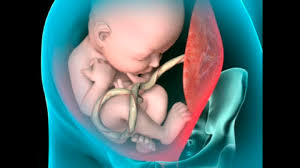 It is important to share evidence-based information and resources with pregnant women about breech birth.

Historically, breech babies have been turned or delivered vaginally by the skill of midwives and doctors. In the 1970’s, the United States cesarean rate began to increase from 5.5% to it’s current high of about 33% (see chart). Although, the top two reasons for cesarean births are failure to progress, and fetal distress, breech babies do account for a portion of the 1 in 3 women now giving birth by cesarean.

Delivery of a breech baby by cesarean birth is only one option of many others to ensure healthy outcomes for both babies and mothers. Unfortunately, for women giving birth, the necessary training and skills to deliver a breech baby vaginally are being taught less and less as we delve deeper into this millennium.  Some physicians leave medical school never having witnessed or performed a breech vaginal delivery. When firsthand knowledge and practice of breech management skills are not strong, then it is difficult for physicians and other care providers to suggest and try them first, before scheduling a cesarean.

It is really important for childbirth professionals to educate pregnant women and pass on evidence-based information and resources regarding the breech position, ways to turn a breech baby, and vaginal breech birth.  Pregnant women should also be fully informed about the benefits and risks of cesarean birth. (download info sheet)

Cesareans are an important option when it comes to the health management of babies in the breech position. However, other options should not unnecessarily be overlooked. Otherwise, how can the mother be an informed patient participating in the health care for herself and her baby.

Video of a Doctor turning a breech baby successfully